RECONFIGURING A 3-BEDROOM CONDO FOR A MODERN LOOK AND FEEL

This Tanjong Rhu apartment has a configured layout that now caters to the homeowners lifestyle needs and allows them to fully indulge in their hobbies. 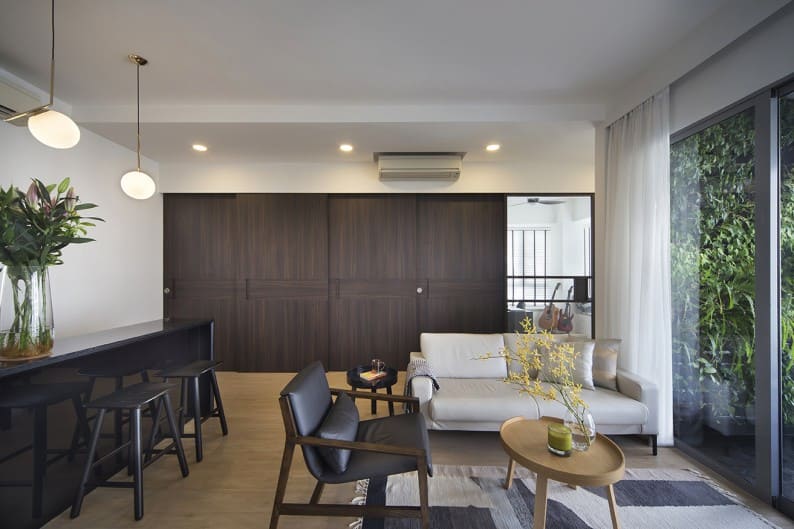 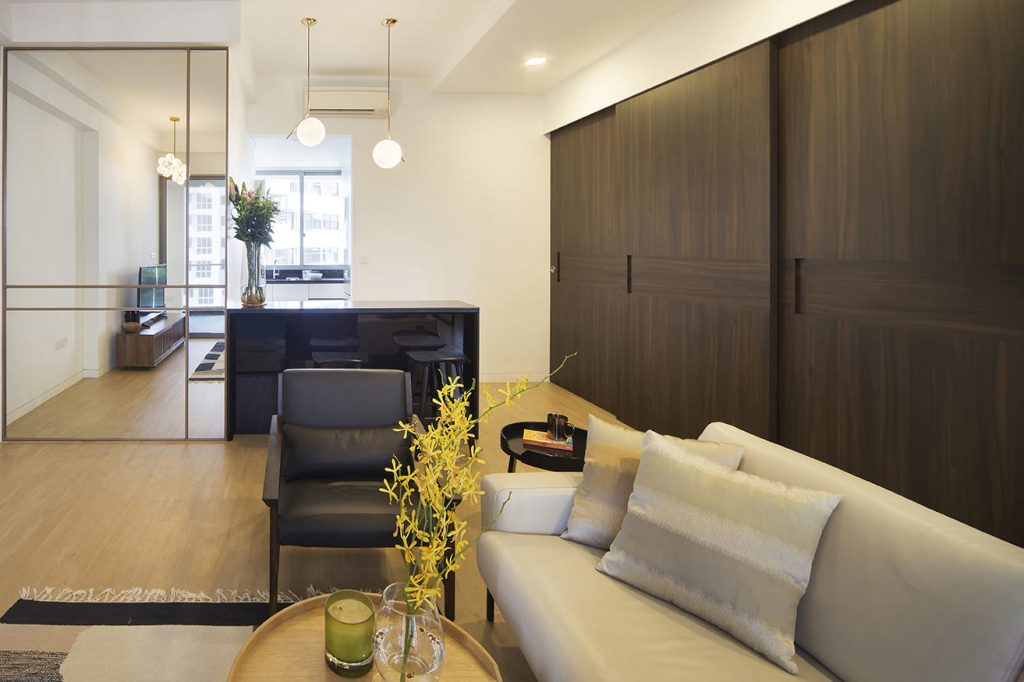 When homeowners Liru Chang and Gerald Ang consulted designer JD Tan of Fuse Concept, they knew that their new home should allow them to live the way they want comfortably

Their hobbies include a passion for DJ’ing and producing music and hosting large groups of family and friends. A breakfast counter for rush-hour mornings was also on the renovation wishlist. Apart from functional, the 1,044 sqft apartment should also have a sophisticated look and fee. 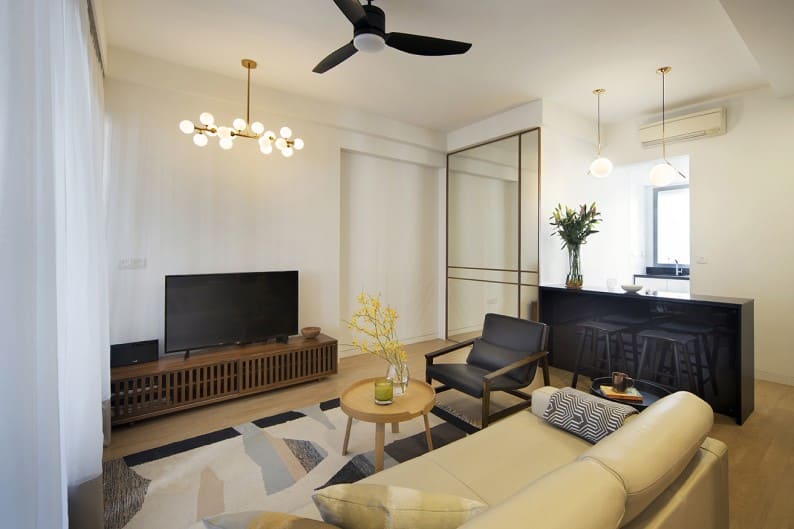 The problem, JD recalls, was that “with all the ideas they had, there were some uncertainties about the circulation flow, given the space constraint.”

However, this challenge was taken in stride. The designer adds, “the most exciting part was working out the whole layout – it was a reconfiguration and a major overhaul that allowed us to create new spaces and circulation paths.”

Every design feature put into the home was to be multifunctional, so JD conceptualised a series of slide-to-hide panels that separate the public and private zones of the apartment.

Instead of conventional doors, these sliding panels reveal entrances to the master bedroom, common bathroom and studio when opened; and when closed, they act as a backdrop to the living room. 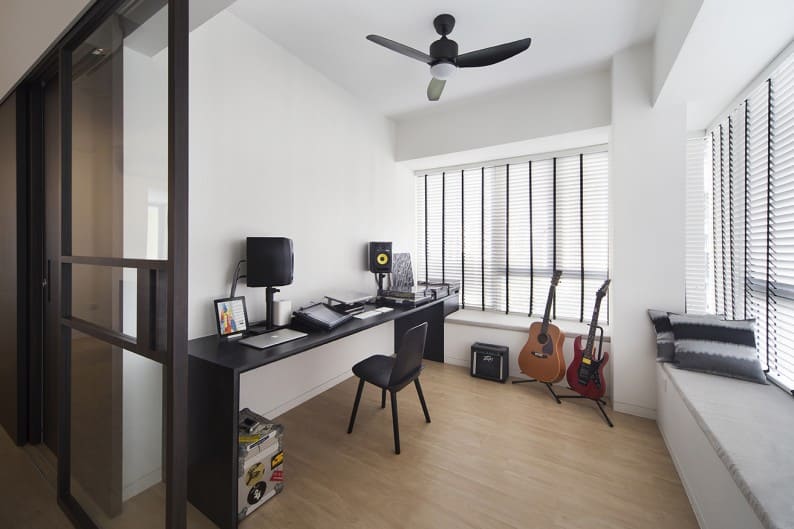 With sliding doors open, the studio can serve as an extension of the living area for big gatherings. 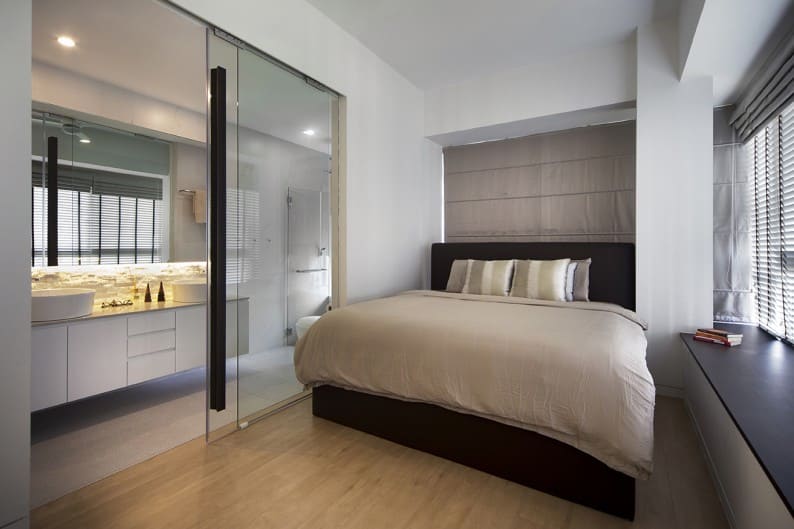 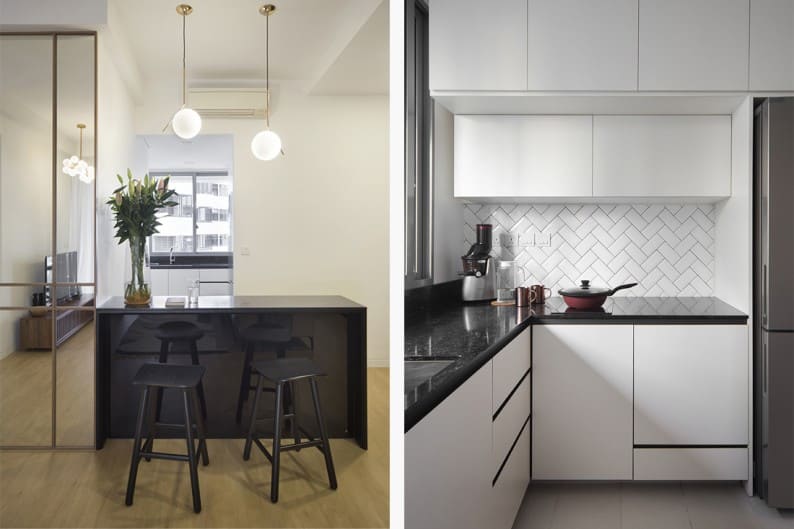 The ambience is simple, but sophisticated. The apartment’s design uses a base scheme of white and warm timber tones, in different textures and material finishes.

Brass, quartz and mirror finishes were also incorporated into the built-in furniture and fixtures, for a touch of luxury.

Luxury is also identified in other simple ways and forms in this home. Liru and Gerald consider the green wall in the balcony, which is also the outdoor dining area, as one of their daily luxuries. “The green wall is the first thing that greets you the moment you enter the house, and has an immediate positive impact on your mood!” they enthuse. 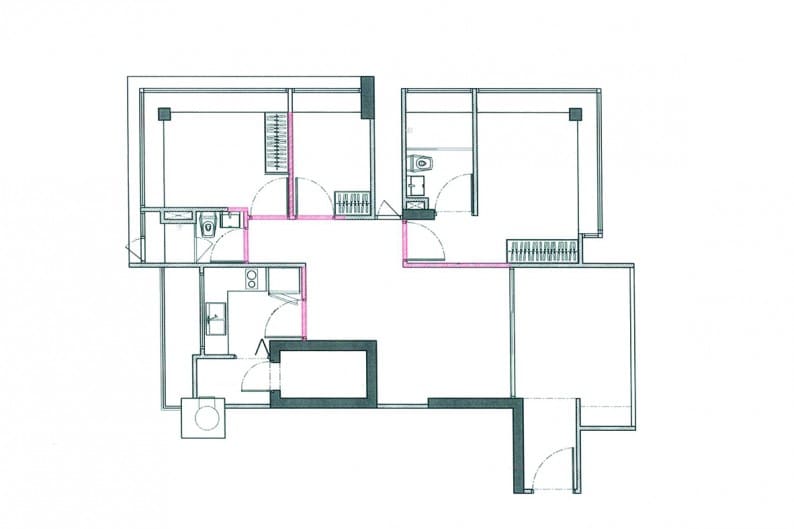 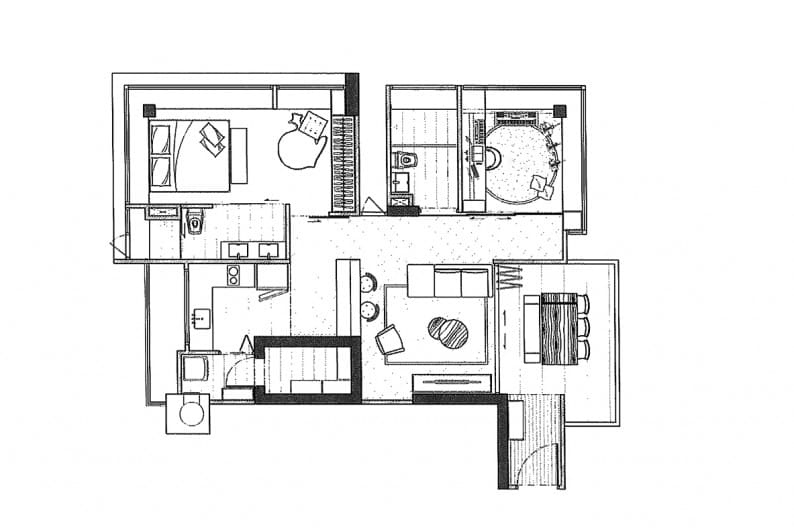